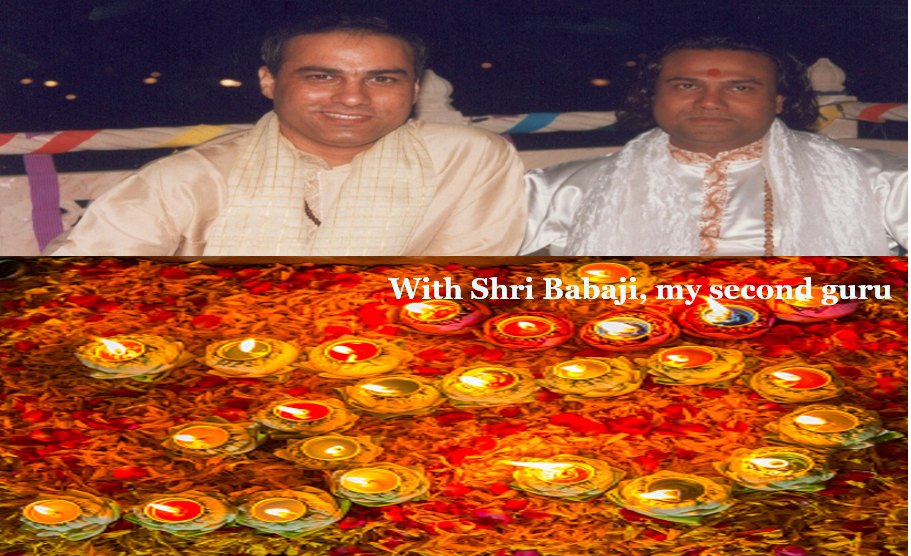 I vividly remember the Diwali night of the year 2005. We were offering puja to Ma Kali. Aakaash, then a young boy of ten years was assisting Hemadari Bhaduri in lighting the 108 diyas which were to be offered to the Devi during the recitation of her 108 names. Shri Babaji was resplendent in a red kurta as he sat on his chair and was singing a bhajan. We were sitting on the floor and singing along with him.

The puja was nearing completion. It was 2 am in the night and no one was feeling sleepy. We were all enjoying the ecstasy of a spiritual high in the vibrations emitted by divine mother. Shri Babaji started reciting the names of Ma Kali and we all took turns in offering the lighted diyas at her holy lotus feet. Rahul, Reema, Alokita and Aakaash were reciting the mantras loudly and their energy was contagious. The atmosphere of the room was charged with an invisible energy along with the visible smoke of the diyas and dhuni..

Someone took the conch and blew it with full force. Another devotee lighted the panch diya and we all stood up and began to sing the arti. Shri Babaji tried to bring a semblance of melody to our untrained singing. As usual, Aakaash was singing faster than the rest and someone gestured at him to follow the rest. The panch diya was being passed around and everyone took turns to do arti of divine mother. Finally, the salutations resounded in the air and everyone joined in loudly. Shri Babaji got up from his seat and bowed to the Devi and then all of us prostrated before her.

It was 2.30 am in the night and the puja was finally complete. Sumita, Sunaina and Madhu went in the kitchen to prepare the distribution of a sumptuous feast prepared by Shri Babaji. As usual, he had prepared several types of vegetable and cheese dishes, pulao and kheer. We had by now got used to eating such lavish meals prepared by him after every puja. He sat on his chair and supervised the distribution of the meal. As always, he did not eat till the last devotee had eaten.

I still remember that some of the devotees would end up eating so much that they would take twice as much time to finish the last few grains of the rice...oops I mean pulao. In case anyone would address the pulao as rice, Shri Babaji would playfully say, “It is pulao, not rice.” Then Madhu brought his plate which had been filled first with the prasad and kept separately before distributing to others. I stood next to him and kept checking his plate for refills. I did not sit till he had finished his meal and had washed his hands.

The time for departure soon arrived. Many devotees bowed to Shri Babaji and went home. I quickly drove Sunaina and the children home and then rushed back for the cleaning operation. Nandlal and Madhu were always by my side till the last. All the utensils were washed, the puja room was swept and the carpets were cleaned. Finally, the last few of us sat down in front of Shri Babaji and waited for his permission to leave. He then asked, "Any questions?"

I said, “Shri Babaji, there is one thing I want to understand clearly. As per your instructions, I have always prepared the puja offerings meticulously and followed the system taught by you to the best of my ability. However, I still do not understand the reasons for doing these elaborate rituals and offerings. You once told us that the goddess is happy even if we offer her a flower with our heart. Then why have you prepared so many dishes for offering to her and why so many elaborate rituals?”

Following the rituals had till date never been my forte, but I had followed all the systems laid down by my guru because I could not even in my thoughts go against him. I was sure that all the systems he was teaching us were the correct way to realize the power of god within us. The puja would last at the most for an hour, but the process of preparing for the puja would start many hours early, right from shopping for the puja items, to cleaning the puja utensils, decorating the temple and all other things. The effect of the puja vibrations would show on our illuminated faces and we would be charged with an energy which would last for several days. This energy was the flow of the divine vibrations within us.

However, it was necessary to clear the reasons behind the elaborate process and the answer given by Shri Babaji was so inspiring that I need to share it with everyone. It cleansed my systems of any remaining doubts and thereafter, I accepted the system taught by him with all my heart.

He explained, “Listen, when a woman comes to know that her child or a relative is coming home after several days, she will first think about what she can cook to make her child or guest happy. She will think of this person’s favorite dishes and then she will go about cooking these dishes. She will bring out her best cutlery and wait in anticipation for the arrival of her child or her guest.” He continued, “Was it really necessary for this woman to go through all this rigmarole? To express her feelings, she could have merely offered a single dish to her child or guest and could have expressed her feelings verbally. But preparing the elaborate meal was an expression of her love. She gave a form to her thoughts and feelings.”

“This is the purpose of all the rituals we follow during puja. We give a form to our feeling of love for god. If we do the rituals with a feeling of burden then they will merely become an exercise and will not serve any purpose. But when these rituals become a personification of our love and we do them with happiness within, they connect us to the divine power immediately and we become one with the divine.”

As I sat spellbound listening to these pearls of wisdom, I could feel that another layer of ignorance was removed from my heart and cleared the way further for my eventual oneness with god. Truly, our heart is the main source of our union with the divine since it is the place where our soul resides. Offerings and rituals done with acceptance, happiness and surrender will help us in our union with the divine. 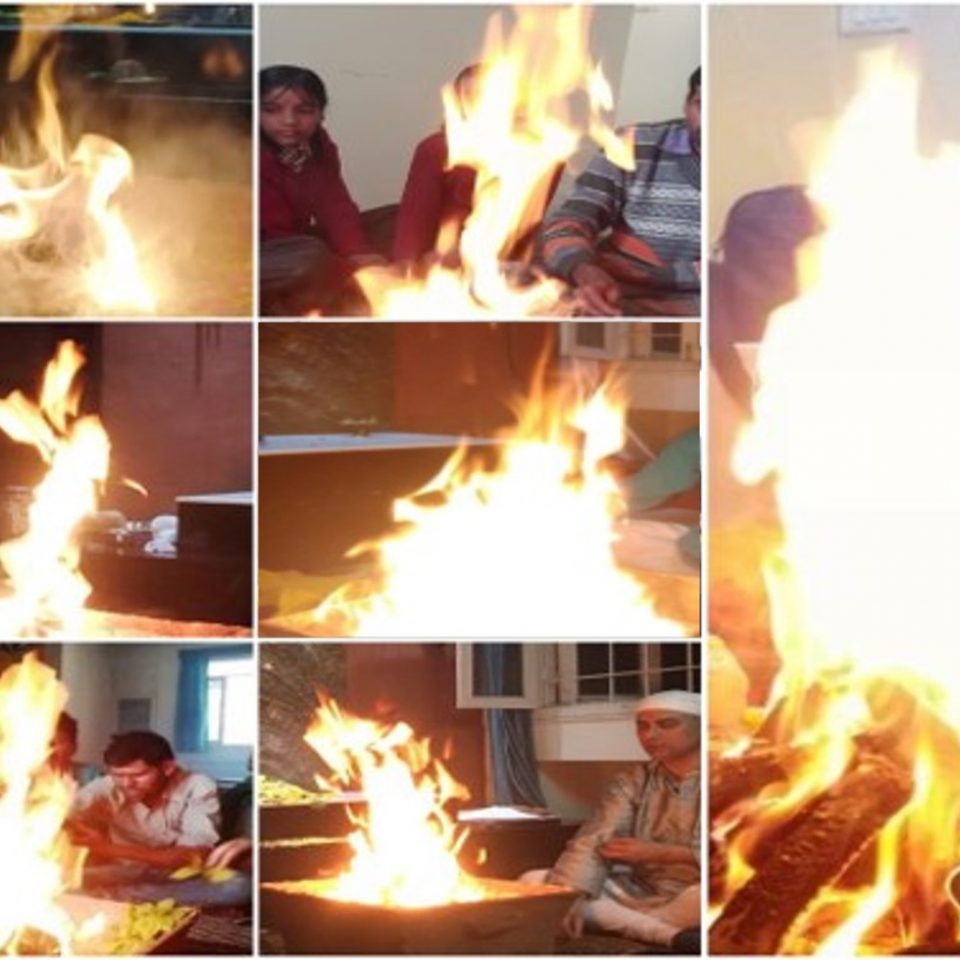 Navratri Havan–Divinity in form or in formless